1967 Massey Lectures delivered by Dr. Martin Luther King – “The legendary underground railroad started in the south and ended in Canada”

Yesterday I discovered the CBC Massey Lectures on “The Rights Revolution” given by Michael Ignatieff. I featured the lectures on a separate post because I believe they are relevant in understanding the context of Canada’s Charter of Rights. I then learned that the 1967 Massey Lectures were given by Dr. Martin Luther King. The “Dr.” was based on his Ph.D. in Systematic Theology that that was awarded to him in 1955 by Boston University.

Although not directly relevant to the “Alliance For the Defence of Canadian Sovereignty” lawsuit, I think they are worth hearing.  At a minimum they illustrate how incredibly important it is to assert one’s rights against injustice. This is a principle that so called “U.S. Persons” outside of the U.S. need to understand. As a great basketball coach said:

“Winning is a decision”.

The 1967 CBC Massey lectures were titled “Conscience For Change“. The following description appears on the CBC site: 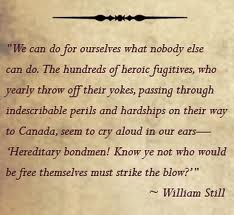 “Canada is not merely a neighbor to Negroes.  Deep in our history of struggle for freedom Canada was the north star.  The Negro slave, denied education, de-humanized, imprisoned on cruel plantations, knew that far to the north a land existed where a fugitive slave if he survived the horrors of the journey could find freedom. The legendary underground railroad started in the south and ended in Canada.  The freedom road links us together.  Our spirituals, now so widely admired around the world, were often codes.  We sang of “heaven” that awaited us and the slave masters listened in innocence, not realizing that we were not speaking of the hereafter.  Heaven was the word for Canada and the Negro sang of the hope that his escape on the underground railroad would carry him there.  One of our spirituals, Follow the Drinking Gourd, in it’s disguised lyrics contained directions for escape.  The gourd was the big dipper, and the north star to which its handle pointed gave the celestial map that directed the flight to the Canadian border. So standing today in Canada I am linked with the history of my people and its unity with your past.”

The original publication of Conscience for Change is out of print.  The complete lectures can be found in The Lost Massey Lectures published by House of Anansi.

The Massey Lectures are composed of five  lectures. The five lectures can be accessed here. At this moment I have listened to only the first lecture.  It is amazing! Simply amazing! At a bare minimum this will help you understand  an important period of American history. Interestingly the 1967 Massey Lectures were one of the final messages that Dr. King delivered in his life. Dr. King was murdered on April 4, 1968 in the State of Tennessee.

He is best remembered for his “I have a dream” speech. This is incredibly motivational. I recommend it to all.

On April 3, 1968 he delivered his final speech: “I’ve Been to The Mounntaintop”

Dr. Martin Luther King's last speech "I've Been to The Mountaintop" – April 3, 1968 the day before he was murdered https://t.co/liNXqkmaCH